List of wanted terrorists: Police offer Ksh10M for information leading to arrest of each

by steven
in Crimes, News
0

The Directorate of Criminal Investigations (DCI) has announced a list of five most wanted terrorists, offering a Ksh50 million reward for information leading to their capture.

A Ksh10 million reward is placed on each terrorist’s head.

The five individuals are armed and dangerous, according to the DCI, so the public should be on the watch.

Elgiva Bwire, also known as Seif Deen, is a former terrorist who was recently freed from the Kamiti maximum prison.

He promised to carry out reprisal assaults on citizens and security forces in the county.

In Somalia, Muhammad Abubakar aka Minshawary is accused of joining Al-Shabab.

He is from Mombasa’s Kibokoni neighborhood in Mombasa’s Old Town.

In Somalia, Abdikadir Haila is alleged to have just joined Al- Shabaab.

He is from the Manyatta Burji district of Marsabit County’s Moyale sub-county. 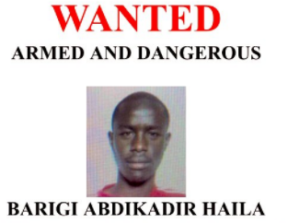 Salim was free on bail after being charged with terrorism.

He is a Mombasa County resident who has been linked to a number of illegal operations in the county and along the South Coast. 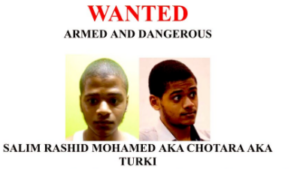 Ndwiga aka Idris Jamal is armed and dangerous, according to the police, and was out on bail on terrorist charges.

He is from Nairobi County’s Hamza, Makadara neighborhood. 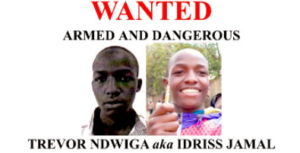 Steven is a lifestyle and current affairs blogger with over five years of experience in digital media.

Reason Why Jalang’o sold All His Multi-million cars

A woman from Nakuru was discovered dead, her private parts gushing.

Man catches wife in Act Stabs’ Her to Death

51 killed in DR Congo over weekend with machete

Is Matiang’i behind burning of schools?