Coronavirus: Prime Minister has ‘special thanks’ for NHS volunteers 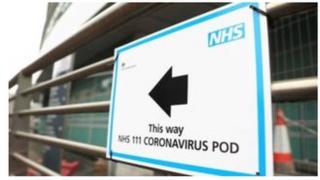 NHS England tweeted to get people to sign up

Prime Minister Boris Johnson says more than 400,000 people have volunteered to help the NHS as it handles the coronavirus pandemic.

The prime minster said he had “a special thank-you to everyone who has now volunteered,” as the government’s target of 250,00 helpers had been smashed.

The scheme was set up to ease pressure on the service as it faces one of its busiest ever times.

Helpers will be asked to deliver food and medicines, drive patients to appointments and phone those people who are self-isolating.

Get involved: What’s your message to our key workers?

The government says 11,000 former medics have also agreed to return to the health service and more than 24,000 final year student nurses and medics will join them.

Stephen Powis, who is the medical director for NHS England, said he was, “bowled over,” by the response to the request for NHS helpers.

The only requirements for volunteers is that they must be over 18 and in good health.

They will be asked to help some of the 1.5 million people who have underlying health issues and have been asked to self isolate for 12 weeks to protect themselves from the virus. 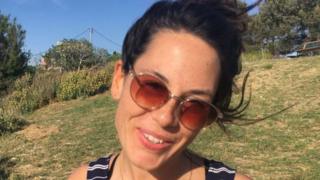 Actress Claudia Grant has offered to help the NHS.

Actress Claudia Grant is one of those who has signed up.

With much of her industry having shutdown, she says she has time to help.

“I hate to think of anyone struggling and I know the NHS is going to be stretched – I just want to do anything I can to help.” 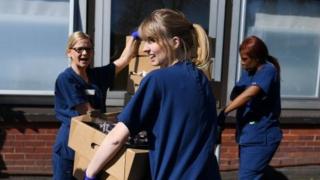 Volunteer tasks include: delivering medicines from pharmacies, driving patients to appointments, bringing them home from hospital, or making regular phone calls to check on people isolating at home.

Once they’ve signed up and have been approved, volunteers can use the app, where they are to mark themselves ‘on duty’ when they are available to help with tasks in their area.

The majority of tasks can be undertaken while social distancing to keep everyone safe.

NHS England tweeted to get people to sign up

Do you think it’s a good idea? Would you like to say thank you to NHS workers and volunteers? Let us know in the comments below.

Your First Step Towards Financial Freedom

Of Huduma Centre and Birth Certificate Woes in...

Is Wabukala the new IEBC Chief?

A 35-couples wedding in Ruiru

Fichuzi is an online magazine that provides you with easy-to-access information and all rounded news on,Entertainment, Politics, Climate Change, Health and Nutrition, Fashion and style, Technology, Advocacy, Business and Entrepreneur, Exercise and fitness, sexuality and sexual health among others.

@2019 - All Right Reserved. Designed and Developed by Stephen Suyanka

Find out who wants Matiang’i out of...